Our multi-disciplinary team applies their expertise from a range of complementary fields in the arts and architecture to further the goals and scope of MADWORKSHOP. With decades of collective experience, our team shares an insatiable commitment to the design process, from conception to fabrication, and beyond.

Our Contributors play a crucial role in shaping the trajectory of MADWORKSHOP. Comprised of pioneers and luminaries from the fields of publishing, product design, robotics, and more, our contributors facilitate the foundation’s objectives and offer invaluable insight to our Fellows and Staff. 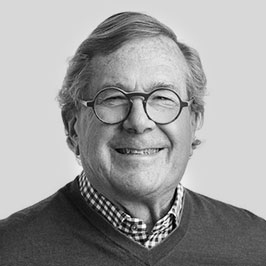 David C. Martin, FAIA, a third-generation architect, continues his family’s legacy of major involvement in the architectural planning and civic life of Southern California. Martin received his Bachelors of Architecture from the University of Southern California (USC) and his Masters of Architecture from Colombia University. Upon completion of his formal studies, Martin spent four months on a Traveling Fellowship researching the great urban spaces of the world.

David was Design Principal for AC Martin Partners, a 110-year old architecture firm founded by his grandfather and noted for its historic and contemporary landmark projects. During his tenure with AC Martin, David transformed neighborhoods, academic institutions, and cities. Martin’s final project was the 80-story high-rise hotel and office complex in the heart of Downtown –the new Wilshire Grand Tower.

Martin is a member of the Dean’s Advisory Council at USC, a past President of the Southern California Chapter of the AIA, and a former Board Member of the AIA California Council. He is currently on the Boards of the Los Angeles Conservancy, USC School of Architecture and the Art Center: College of Design in Pasadena. Martin is an award-winning designer that has been recognized for his innovative, inspirational, and cutting-edge projects. David, along with his business partner and cousin Christopher C. Martin, FAIA, have received the American Institute of Architecture (AIA), Los Angeles Chapter’s Gold Medal of Honor, for their major contribution to the built environment in the City of Los Angeles.

David’s drawings and watercolors have been exhibited throughout the U.S., including “On Site: Travel Sketches by Architects” at Hunter College, “line.dot – Drawing the Design Process at the Martin Design Studio” at UCLA, and “Form Follows Software: A Revolution in the Architectural Process” at USC, University of Arizona, and Cal Poly San Luis Obispo. He is also the author of JoyRide, which chronicles his travels through Mexico.

Currently, David along with his wife, Mary Klaus Martin, have established MADWORKSHOP, a foundation that endows innovative designers with the opportunity to freely explore their ideas from inspiration to reality. He was awarded the USC Alumni Hall of Fame in 2019. 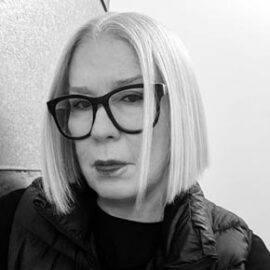 Mary Klaus Martin was appointed by Mayor Richard Riordan to the Cultural Heritage Commission for the City of Los Angeles in 2000; she served seven years and three mayors, half of those as president. In 2008, The American Institute of Architects presented her with the “Good Government Award” honoring her commitment to preserve and protect the city’s cultural and historic landmarks. Under her Commission’s watch, the city’s Historic Core underwent a major revitalization.

She attended school in Switzerland and earned her Bachelor and Masters in Education and French at the University of Southern California. A two-time All-American triathlete, Mary qualified for TEAM USA, representing the United States and placed third at the Inaugural World Champion Triathlon in Avignon, France.

After serving as a Docent for the Los Angeles County Museum of Art (LACMA), she became a Charter Founder for the Museum of Contemporary Art (MOCA) where she recently (2015) was elected as trustee to its board. She has worked in support of the Music Center, the Public Library, the Kennedy Center, and the Colleagues.

Mary founded the Los Angeles apparel company Mary Martin for Rainbow of California and was named “Outstanding Woman of the Year.” Mary along with her husband, have established MADWORKSHOP, a foundation that endows the next generation of inventors with the opportunity to freely explore their ideas from inspiration to reality. 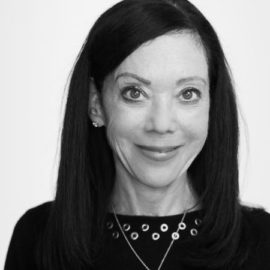 Edie Cohen joined the staff of Interior Design Magazine as an associate editor, was later named senior editor, and was most recently promoted to deputy editor. In 1994, she relocated to Los Angeles to establish the magazine’s first West Coast editorial office. Cohen is an industry leader who is frequently asked to be a guest speaker and a judge for design competitions here and abroad. She is the author of the book ‘West Coast Rooms’ and the co-author, along with Sherman Emery, of ‘Dining By Design’. 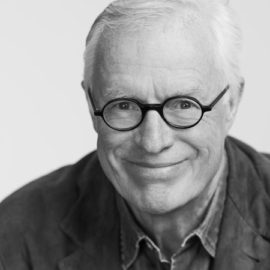 Regarded as one of our most acclaimed industrial designers, Swedish-born Carl Gustav Magnusson has left his indelible mark on a wide range of products, including those for Teknion, Knoll, and MoMA.

After groundbreaking work with Ray and Charles Eames in Venice, CA, and opening his first studio in the 1960s, Carl forged a career of over three decades with Knoll, serving as Director of Design in Europe and North America.   His designs remain best-sellers to this day, including his computer monitor arm system (MAST) for Teknion and MoMA’s classic IVY umbrella, co-designed with his wife Emanuela Frattini.  During his Knoll tenure, Carl also initiated the Knoll Design Symposium at Cranbrook Academy of the Arts in Bloomfield Hills and co-founded the Knoll Museum in East Greenville, PA—considered the most comprehensive collection of archival items assembled by any single furniture manufacturer.  A sought-after lecturer and competition judge, Carl’s guiding philosophy is that “innovation is a unique combination of existing ideas”.  Since its inception in 2005, his firm CGM Designs has won 28 awards for designs ranging from furniture and textiles to race cars and a humanitarian project known as the micra-ambulance that can navigate narrow passageways in congested streets.

“As a lifelong devotee of design it is a pleasure to become a member of the MADWORKSHOP board,” said Carl Magnusson. “Its mission to act as a catalyst for new minds and their ideas is most appealing. The Foundation’s initial projects, as diverse as they are, are very promising and the ability to design, prototype and critique under one roof is inspirational. I look forward to contributing to their future and success.” 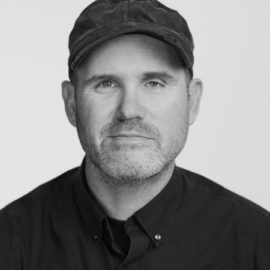 R. Scott Mitchell is owner/principal of Gigante AG, a Los Angeles design-build and fabrication-consulting firm. He has worked for Gehry Partners, Morphosis, Bestor Architecture and Atelier Van Lieshout (Rotterdam). Early in his career, he worked as both a laboratory machinist and engineering fabricator. His work has appeared in Art News, ArtForum, Paper Magazine, and the 826National publication ‘Essentially Odd’.

Scott has exhibited at High Desert Test Sites, Vox Populi Gallery, and Socrates Sculpture Park, where he was a Socrates Emerging Artist Fellow in 2006. Since 2007 he has been teaching digital fabrication and design at the USC School of Architecture. He is currently on the advisory board of 826LA, a children’s educational non-profit. 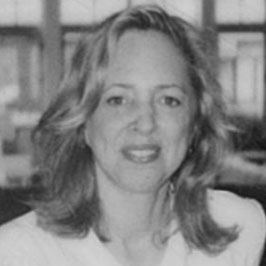 Barbara Heizer began her work in publishing as managing editor of the literary and art journal Grand Street, coordinating the repositioning of the acclaimed publication. Heizer later served as features director of Harper’s Bazaar, producing stories that showcased collaborations between major artists and the publication, as well as overseeing coverage on art, books, film, architecture, and celebrities.

As executive editor of ONE: Design Matters, she participated in the development of the cross-media venture featuring the world of design. Heizer co-designed the Govino ‘go anywhere’ flute, which received a Good Design award from the Chicago Athenaeum: Museum of Architecture and Design, and an International Design Excellence Award from the Industrial Designers Society of America, As a director of Govino, she led multiple areas in the company connected to the launch of the brand worldwide.

Heizer is a contributor to many publications, including Vogue and Departures. She co-edited “Michael Heizer: Sculpture in Reverse,” published by the Museum of Contemporary Art, Los Angeles. She was also a director at the Leo Castelli Gallery. 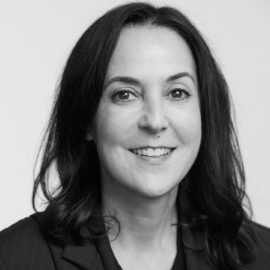 Gail Larkin has been a long-time curator of style and a fashion tastemaker. Gail moved to France after completing her studies at the Fashion Institute of Design and Merchandising in San Francisco. She successfully launched several interior design and lifestyle stores in the French Basque Country. Gail then sold her stores and moved back to the US where she became the Buyer for Fred Segal’s Santa Monica location and then a personal shopper at Barneys NY. Gail went on to launch a unique styling company called VIP Closet Consultants. Her clients included some of the most fashion-forward women in Los Angeles in addition to numerous entertainment entities. Gail has been profiled in C Magazine, the Los Angeles Times, and Angeleno Magazine for her personalized approach to fashion.

Gail eventually moved on from fashion and worked closely with the Founder of Boxfli, a unique retail concept, to launch and operate the store’s flagship location. Gail’s passion for entrepreneurship has led her to her most recent endeavor, designing vintage pillows through her Lark Design brand.

Gail is currently an Estate Manager for Cielo and manages the Martin Project.