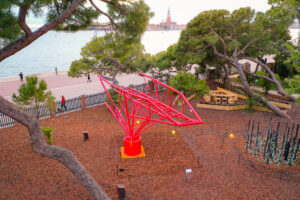 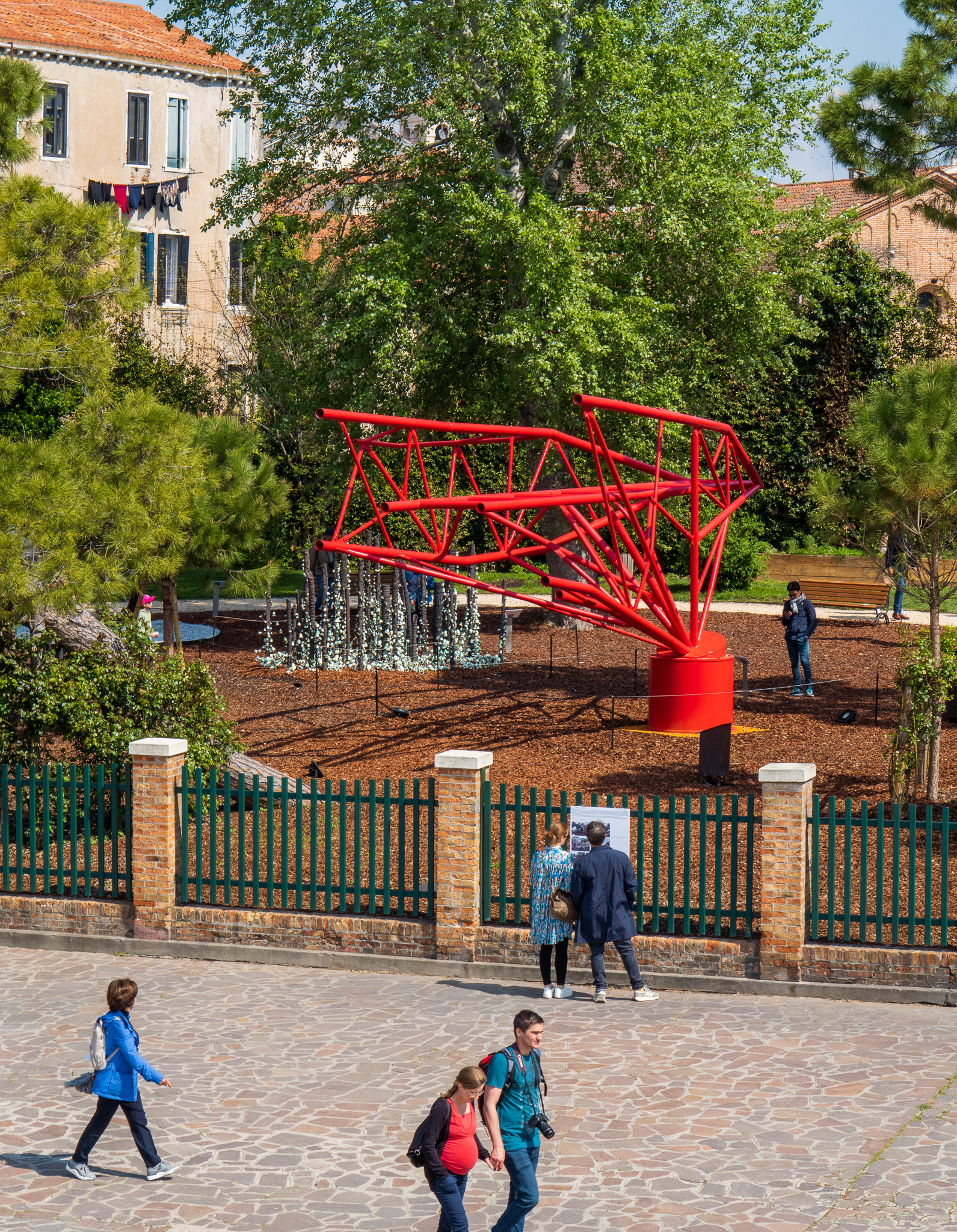 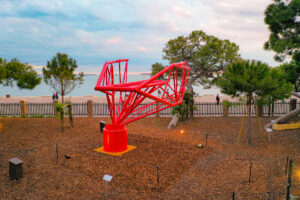 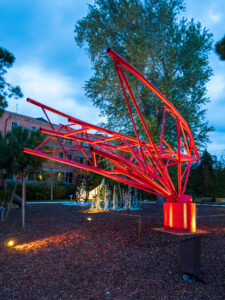 Arroyo Bridge Section (4.4m x 8.5m x 3.9m) is a sculpture exhibited in Venice as part of the European Cultural Centre’s exhibition Personal Structures from April 23 until November 27. Built in collaboration with Mary and David Martin’s MADWORKSHOP, the sculpture is the newest iteration of a bridge project undertaken by a 2014 architecture studio at USC run by R. Scott Mitchell of Gigante AG and with the support of the Autodesk Technology Center in Boston.

The sculpture is an unusual project in that it engages with a number of different processes, timeframes, and scales. It is installed in the Giardini Marinaressa in Venice and be accompanied by an exhibition of two models, two photographs by the legendary Iwan Baan, and one drawing. It is in many ways inspired by Mitchell’s USC Bridge Studio, also done in collaboration with MADWORKSHOP, and which aimed to explore new modes of robot-assisted fabrication and whose ultimate project was the full-scale Arroyo Bridge, built on private land in California. Arroyo Bridge Section takes, as the title indicates, a section of the bridge and pushes fabrication methods beyond robotic processes back to the hand. While Arroyo Bridge was built through a combination of human hands and robotic manufacturing, Arroyo Bridge Section was built entirely by humans, working tirelessly from mathematical calculations to produce a sculpture that is at once deeply engineered and profoundly hand-crafted.

Arroyo Bridge Section offers a link between craftsmanship and machine-made objects; its asymmetry and structural complexity, while rhythmically and geometrically defined, is closer to tree-like and other organic structures than to what is typically conceived of when we hear the phrase robotic manufacturing. Nature, of course, is not repetitive or grid-like; rather, as this project demonstrates, nature is often asymmetrical, novel, surprising, unusual, and expressive. Arroyo Bridge Section can be read as offering a counter to the often simplistic binary of natural vs technological, human vs computer, fabricated vs made. Instead, this complex structure, produced by a series of processes that invited both human and robotic intervention, argues for a nuanced approach to the possibilities and productive tensions inherent in the relationship between technology and craft. A steel base anchors the sculpture onto its pedestal while the top half, made of aluminum, conceptually lifts the structure, introducing a sense of fluidity and forward momentum.

The sculpture has become, through its transformation, an abstracted piece of art disconnected from the original purpose. It has become a research project dedicated to developing extraordinarily sophisticated manufacturing methods that rely on a combination of digital and analog techniques. Elements of Arroyo Bridge Section are bolted—rather than welded—together, a process that requires less than a millimeter of tolerance and which was arrived at through the incredible precision developed by Mitchell and his team at Gigante AG.